Skip to content
To celebrate the release of Blood Secrets by Dreda Say Mitchell Book 4: Flesh and Blood Series. I am super excited to share my getting To Know the Character interview (told from first person) with Tiffany Miller (Babs’ youngest daughter) 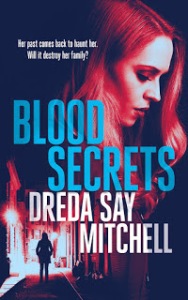 Can you describe your character?
Depends who you talk to. Some would say I was the free spirit who spread her wings and flew up to the sky. Others would say I was tWhat makes you original?
I’m a layered person. I turn like a clock from good girl to bad girl and then back round again. I don’t really fit into any categories.

What makes you tick?
I need to move on, you know, got a pair of itchy feet. Trouble is moving on often brings me back to where I started.

What is your biggest fear?
he waster who could never stick at anything. No prizes for guessing which side I’m on.

What is your job and where do you work?
To be honest the only proper job I ever had was as a car mechanic down the arches in Bethnal Green. Proper grease monkey I was, ferreting under bonnets and changing points. I should’ve stuck at it and got my own garage, cars will always go wrong so you’ll never be out of work. But, of course, it didn’t last.

Where did the original idea for you come from?
I think the idea was that as my older sister Jen was the good girl, I’d need to be the iffy one. Although, if we’re being honest, I didn’t need much encouragement, I was always a bit of a wild child, going to raves down the cemetery and that.

What is your biggest fear?
Boredom probably.

If you and Dreda met in real life, do you think you’d get on?

I think out of all of us, I would probably get on better with Dreda than the others. She likes cheeky scamps. She don’t admit it to many but when she was a teacher the tough nut kids had a special place in her heart. ‘Ere, not a peep to a soul, but Dreda was one of them in primary school, then her mum sorted her out by sending to an ultra strict Catholic girl’s secondary school run by nuns.

Who would you like to see play you if the books were turned into a film or TV show?
Me obviously. I reckon I could cut it in the film or TV industry. C’mon, gissa a job.

How many books are there in the series so far?
What my mum Babs said.

What’s in store for them next? 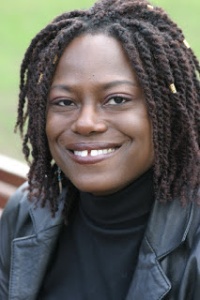 Born and bred on a council estate in the East End of London, Dreda has seen it all from the inside.
After a string of jobs as a waitress, chambermaid and catering assistant she realised her dream of
becoming a teacher. Her first book won the John Creasey Dagger Award. Dreda’s books are inspired
by the gritty, tough and criminal world she grew up in. She still lives in London’s East End.
Award-Winning Author, Broadcaster, Journalist, Campaigner.
The Reading Agency, Ambassador
SI Leeds Prize, Patron
The Guardian
Stephen Nolan Show, 5 Live
Front Row Late, BBC 2
Email: dredamitchell@yahoo.co.uk
Website: www.dredasaymitchell.com
Twitter: @DredaMitchell
Facebook: Dreda Say Mitchell