Skip to content
I am beyond excited to share my 5 star review for Faceless by Rob Ashman on Blog Blitz today, which is out now

After surviving a vicious knife attack, which left her husband dead, DI Rosalind Kray returns to work and is handed a serial killer investigation.

This killer is different, he doesn’t just want to take the lives of his victims, he wants to obliterate their very existence. The murders appear random but the killer selects his quarry with meticulous care.

While fighting her superiors Kray must conquer her own demons, which are tearing her apart.

Kray has the ability to think like a killer and her skills lead to a series of horrifying revelations that turn the case on its head. She believes she is getting close, then her world comes crashing down with devastating consequences.

Will Kray find the murderer and escape with her own life in tact?

The truth is closer than she could have ever imagined…

OMFG I am so excited for you all to read this book it is absolutely amazing and will leave you hyperventilating! I am a massive fan of Rob’s Mechanic series and he has totally smashed it and brings us something that you can certainly get your teeth into….. This is without a doubt his best book by far.

You know how much I love a good prologue right?! has it always sets the scene for whats to come. Well this starts off with a brilliant prologue which kept me on tender hooks

So in this story we are introduced to DI Kaye who I adored. She is a strong kick ass character who doesn’t give up I cant wait to find out more about her in the next book with her author dropping snippets of information out along the way.

Set in Blackpool a place that I love and know well so I loved the setting and felt right there in the story wiling Kaye along. The story is written with chapters told from the killers point of view. Which I have to admit I am not a big fan of unless it’s done right, but Rob has totally nailed it.

Faceless will grab you round the throat and doesn’t let you go until the very last page
It is dark and disturbing with some very gruesome descriptions which actually made me feel physically sick, so do be warned this isn’t  a book for the faint hearted. It’s not every day I am half way through a book and know that it is going to be a five star read, but I did with this one.

It is jam packed with tension and OMG moments in fact there is nothing not to like and is the best book I have read this year so far…. what more can I say but this is a must read  which I can not recommend enough giving it all the freaking stars.

Well done Rob I am left now dying to read the next book in the series. 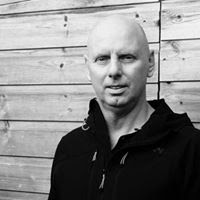 Rob is married to Karen with two grown up daughters. He is originally from South Wales and after moving around with work settled in North Lincolnshire where he’s spent the last twenty-two years.

Like all good welsh valley boys Rob worked for the National Coal Board after leaving school at sixteen and went to University at the tender age of twenty-three when the pit closures began to bite. Since then he’s worked in a variety of manufacturing and consulting roles both in the UK and abroad.

It took Rob twenty-four years to write his first book. He only became serious about writing it when his dad got cancer. It was an aggressive illness and Rob gave up work for three months to look after him and his mum. Writing Those That Remain became his coping mechanism. After he wrote the book his family encouraged him to continue, so not being one for half measures, Rob got himself made redundant, went self-employed so he could devote more time to writing and four years later the Mechanic Trilogy is the result.

When he is not writing, Rob is a frustrated chef with a liking for beer and prosecco, and is known for occasional outbreaks of dancing.

Rob published the Mechanic Trilogy with Bloodhound Books in 2017 and will be releasing three new books during 2018. These are titled: Faceless, This Little Piggy and Suspended Retribution. 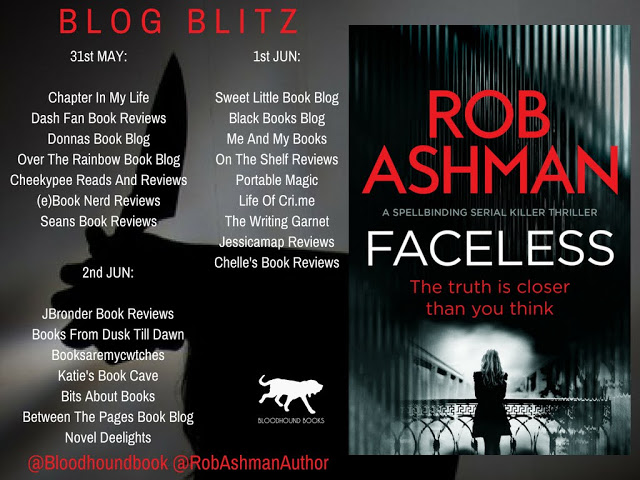