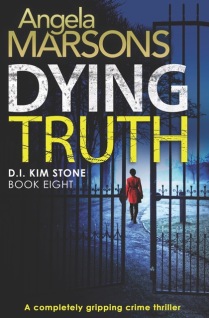 The Book
How far would you go to protect your darkest secrets?
When teenager Sadie Winter jumps from the roof of her school, her death is ruled as suicide – a final devastating act from a troubled girl. But then the broken body of a young boy is discovered at the same school and it’s clear to Detective Kim Stone that these deaths are not tragic accidents.
As Kim and her team begin to unravel a dark web of secrets, one of the teachers could hold the key to the truth. Yet just as she is about to break her silence, she is found dead.
With more children’s lives at risk, Kim has to consider the unthinkable – whether a fellow pupil could be responsible for the murders. Investigating the psychology of children that kill brings the detective into contact with her former adversary, Dr Alex Thorne – the sociopath who has made it her life’s work to destroy Kim.
Desperate to catch the killer, Kim finds a link between the recent murders and an initiation prank that happened at the school decades earlier. But saving these innocent lives comes at a cost – and one of Kim’s own might pay the ultimate price.
The utterly addictive new crime thriller from the Number One bestselling author – you will be gripped until the final shocking twist.
My Thoughts
Holy mother of smoke this book will totally blow your brains out…It has left me completely shell-shocked it is that damn good. Angela Marsons what are you doing to me?! lol.  I always struggle to write reviews for a series with the fear that I keep repeating myself. After reading this book I don’t have that problem Angie has totally nailed it and excelled herself Dying Truth is without a doubt my favourite one in the series and I could talk about it all day long.
I have to say I cannot believe this is book eight having read the whole series Angie’s writing just gets better and better which I have said before but this one truly is and it  is nothing like an of the other books in the series. Dying Light is jam packed with tension, suspense and emotion. And I love how Angie always brings the characters to life, Kim Stone absolutely rocks.
With an OMFG prologue I was totally hooked…talk about an intense start. Then we are transported to six days earlier where we are taken on one hell a white knuckle ride. I devoured this in one afternoon where I found myself racing to the end, I was dying to know what was going to happen next. It is full of twists and turns that will keep you on tender hooks from start to finish.
Has always we are follow a case set in the Black Country where I live so I find this series really easy to visualize knowing the setting. But I have to say that the scenery descriptions are spot on and the author makes them so real, making me feel like I am in the story.
If you haven’t read any of this series before you don’t know what you are missing this is without a doubt my favourite detective series by far.If you are looking for a fast paced gripping read this is the book for you. Which I cannot recommend enough giving it all the freaking stars.
Amazon: myBook.to/DTSocial
iBookStore: http://ow.ly/TQrt30k1uZa
Kobo: http://ow.ly/ttIR30k1v1U
Googleplay: http://ow.ly/ZJjW30k1v4S 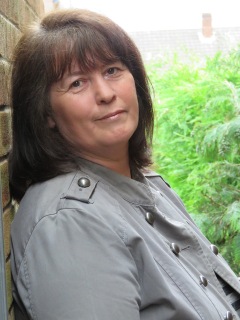 About the author:
Angela Marsons is the author of the International Bestselling DI Kim Stone series and her books have sold more than 2 million in 2 years.

She lives in the Black Country with her partner, their cheeky Golden Retriever and a swearing parrot.

She first discovered her love of writing at Junior School when actual lessons came second to watching other people and quietly making up her own stories about them. Her report card invariably read “Angela would do well if she minded her own business as well as she minds other people’s”.

After years of writing relationship based stories (The Forgotten Woman and Dear Mother) Angela turned to Crime, fictionally speaking of course, and developed a character that refused to go away.

She is signed to Bookouture.com for a total of 16 books in the Kim Stone series and her books have been translated into more than 27 languages.