Can you describe your character?
Kay is a resilient woman, determined to succeed and not one for office politics. In her spare time, she likes running, going out for a nice meal, or curling up on the sofa with a glass of wine and a movie. She’s a useless cook, and happily leaves meal preparation to her other half, Adam!
What is their Kay’s role and where does she work?
In Call to Arms, Kay is a probationary Detective Inspector working at Maidstone police station for Kent police.
Where did the original idea of Kay come about?
In the first book, Scared to Death, I had the killer’s character sorted out well before Kay’s. I knew I wanted to work with a female detective, because I thought she would have more challenges within the workplace and that would make it more interesting for myself and readers. The idea for both Kay and Adams characters developed hand-in-hand, but once I had the initial idea they were off and running on their own – I had very little say so, to be honest!
What makes Kay original?
Rather than label her “strong”, I’d like readers to think of Kay as “resilient”. She knows and understands her limitations – that’s why she relies so much on the team around her. She’s not a lone wolf.
Unlike a lot of fictional detectives, Kay doesn’t have a fractured home life – for me it was important that she had a safe haven from the dark and disturbing crimes she investigates, and so her other half Adam, a vet, is often responsible for bringing a lighter side to the stories because you never know what animal he’s going to bring home next.
What makes her tick?
A prevailing sense of justice – Kay will do whatever it takes to arrest and charge a suspect, and she doesn’t back down until the job is done.
What is her biggest fear?
Haha – I think we can safely say “snakes” 😉
If you and your character met in real life, do you think you’d get on?
I hope so, yes!
Who would you like to see play them if your books were made into a film or TV show?
That’s always a tough one, and I go out of my way to avoid answering ☺ I think everyone has their own idea of what Kay looks like, so I don’t want to trample on that – and these days, I think it’s rare that an author gets a say-so in who gets cast.
How many books do you have in the series so far?
There are five to date, and readers can expect more later in the year.
What’s in store for them next?
Ooh, that’d be telling! What I can say is that there’s a rather gruesome discovery at the beginning of book six, and I’m having a lot of fun writing it! 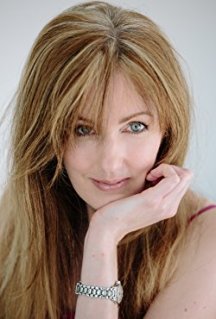 Before turning to writing, Rachel Amphlett played guitar in bands, worked as a TV and film extra, dabbled in radio as a presenter and freelance producer for the BBC, and worked in publishing as a sub-editor and editorial assistant.
She now wields a pen instead of a plectrum and writes crime fiction and spy novels, including the Dan Taylor espionage novels and the Detective Kay Hunter series.
Originally from the UK and currently based in Brisbane, Australia, Rachel cites her writing influences as Michael Connelly, Lee Child, and Robert Ludlum. She’s also a huge fan of Peter James, Val McDermid, Angela Marsons, Robert Bryndza, Ken Follett, and Stuart MacBride.
She’s a member of International Thriller Writers and the Crime Writers Association, with the Italian foreign rights for her debut novel, White Gold sold to Fanucci Editore’s TIMECrime imprint, and the first four books in the Dan Taylor espionage series contracted to Germany’s Luzifer Verlag.
Her novels are available in eBook, paperback and audiobook formats from worldwide retailers including Amazon, iBooks, Kobo, and Google Play.
A keen traveller, Rachel holds both EU and Australian passports and can usually be found plotting her next trip two years in advance, usually with a crime fiction festival tacked on for good measure! You can stay in touch with Rachel via her Reader’s Group at www.rachelamphlett.com
Email: info@rachelamphlett.com
Twitter: @RachelAmphlett
Instagram: @RachelAmphlett
Facebook: Rachel Amphlett