I am super excited to share with you the cover for The Scent of Guilt by Tony Forder. Before I do that, lets get to know about the author

Tony J Forder is the author of the critically acclaimed crime thriller Bad to the Bone, the first in a series featuring DI Jimmy Bliss and DC Penny Chandler. The sequel, The Scent of Guilt, is available from 17 February 2018. A third book in the series is currently in progress.
Tony’s dark, psychological crime thriller, Degrees of Darkness, featuring ex-detective Frank Rogers, was also published by Bloodhound Books. This was intended to be a stand-alone novel, but Tony is now considering the possibility of a follow-up.
One book that will definitely see a sequel is Scream Blue Murder. This was published in November 2017, and received praise from many, including fellow authors Mason Cross and Matt Hilton.
Some years ago, Tony won a short story competition judged by an editor from Pan Books. The story, Gino’s Bar and Grille, went on to be published in Dark Voices 2, part of the celebrated Pan Book of Horror series. Three further short story sales followed: Book End, published in Dark Voices 4, Character Role, in FEAR magazine, and finally A Grim Story, which featured in A Rattler’s Tale. It was the start of Tony’s publishing journey.

Twelve years after he left Peterborough under a cloud, DI Bliss returns to the city and the major crimes team. Having spent years policing organised crime, Bliss is plunged straight into the heart of a serial murder investigation.
Meanwhile, Penny Chandler has been promoted to DS and has been working in London on the Met’s sexual crimes team. But when two rapes are reported on her old patch in Peterborough, Chandler volunteers to interview the victims.
Chandler joins the hunt for the attacker and soon notices a possible link between the rapes and Bliss’s murder investigation. Could the same man be responsible?
Just as both cases seem to stall, a call comes in from an ex-policeman who knows of unsolved cases in the USA with a similar MO. Bliss finds himself travelling to California to hunt for a killer whose reach may have stretched further than anyone could possibly imagine.
But in order to catch the murderer, Bliss must discover the killer’s motive. A motive which should have remained buried in the past…
Now the moment you have all been waiting for……The Cover

Fantastic isn’t  it? I do hope you all love it too 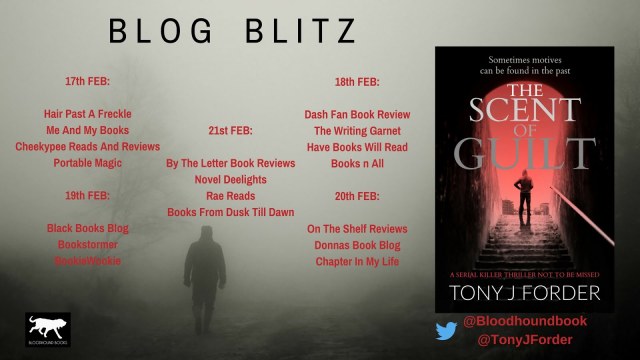