Skip to content
Today I would like to welcome  author of The Wharf Butcher, Michael K Foster to my blog page. Michael has kindly offered to take part in my Q&A Interview…..Without further ado here is Mr Michael K Foster

Morning thank you for joining me this morning

Thank you for inviting me, Shell. It is a pleasure to link up with you.

Can you tell us a little about yourself and background?
I was born in Plymouth, England, early enough to remember playing on World War 11 bomb sites. I failed miserably at school, and did not succeed academically until later on in life. I was always good at the practical subjects, but failed miserably at written tests. It was then they discovered I suffered from dyslexia.
After leaving school, I spent the next ten years serving in the British army, which certainly broadened my outlook on life. In 1995 I gained a Master’s Degree at Sunderland University, and set up my own business as an International Business Consultant.
Married, with two grown up children, my home town is Chester-Le-Street, which lies between Newcastle and Durham. It’s a beautiful part of the country, and it’s here where my crime thrillers are based.

When did you know that you wanted to become a writer? And how did you go about it?
Ever since I was a young boy I’d always wanted to be a writer. I felt the need to say something and share it with others. With the help of a brilliant tutor, I began to submit short historical articles to well-known international magazines. Never put off by rejection slips, I got my first big breakthrough in 1992 writing military history articles. This eventually led to several editors giving me a regular slot. It was during this period that I wrote my first book for Pen & Sword.
I’d always thought about writing a crime thriller, but finding the time and self-belief were the problems. It was not until 2006 that I first put my hand to crime writing. At the time, I was working in the law courts as a magistrate – face to face with real criminals, which included murderers, rapists, terrorists, drug gangs, to name but a few. I learned more about life in those ten years than I would care to write about.

Can you tell us what genre your books are and the audience you write for?
I write about what I know, and what I love; besides, I’m a big fan of crime thrillers. My time in the law courts has taught me many things, above all, there’s a fine divide between right and wrong. Life is full of surprises, and the people who you think butter wouldn’t melt in their mouths always turn out to be the bad guys. Like many crime readers, I’m fascinated about what makes people tick, and what makes them do what they do. I’m lucky I suppose, as I’ve had first-hand experience of what really goes on behind the scenes. 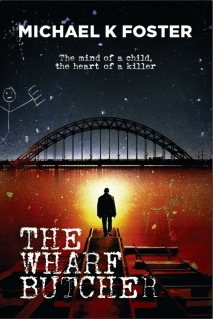 What is your writing process? And how long does it take?
I do not stick to any strict writing routines, as I never know what is going to happen in my books. I don’t start at the beginning; neither do I work on an ending as a lot of other authors tend to do. I simply expand on an idea never knowing where it will take me. I call it my sculpting process, and just as a sculptor adds and takes away clay from his subject matter, I do the same with my writing.

My first crime novel took me six years to write. It was originally futuristic, but after my agent advised it would best set in the current era and in my own city, it took a further two years to re-write. I guess I was on a learning curve, and developing my writing skills.
Suffering from dyslexia, I find myself having to constantly go back over my work. I’m a very slow reader, and my biggest fight is with the computer spell check. It’s a laborious process, but it does have its advantages I suppose.

Are your characters based on anyone you know or are they just fictional?
I’m a people watcher, Shell. I like to observe how other people fit into our world, and how they react to changing situations in their lives. I’m constantly on the lookout for people on the edge. These are some of the most interesting people I find. I keep journals, and take down copious notes of what I see and hear. That’s how my characters evolve. Let me give you an example of how that works for me.
One of the main protagonists in the current series (DCI Jack Mason) was actually based on a real person. This guy was something of a lost soul, whose past made his job complicated. Divorced, he all too often drank heavily and constantly broke the rules in order to get things done. Not the easiest of persons to get along with, he was inflexible, single-minded and had a tendency to rub people up the wrong way. The more I think about it, I couldn’t have created a better character had I tried. I can still picture him now. He was a nastiest piece of work I’ve ever come across, but please don’t ask me his name!

Have you wrote about a personal experience in your novels?

No, and if ever I did, the book would probably be taken off the shelf.

What research do you do?

You can never do enough research in my opinion. The closer to the facts you are as a crime writer; the less likely you are open to the critics. I’m currently working on my third novel, whilst jotting down ideas and researching book 4 in the series. I have professional people I can call on for help. From SOC photographers, paramedics, barristers, even reformed petty criminals.

The question I’ve often ask myself is, how do you write about the inside of a coroner’s office if you’ve never been inside of one? You can always read up on it, but how do write about the smells you experience, the personal anxiety, and the not knowing what’s coming next?

Who would you like to co-write with and why?
Like me, Ian Rankin is passionate about the area he lives in and writes about. If ever we were to get together, I guess it would need to include both Edinburgh and Newcastle in the storyline.

What’s your favourite book?
It has to be Mickey Spillane’s fourth novel, One Lonely Night. It was one of the first novels I ever read, and it has stuck with me ever since. It features a private investigator called Mike Hammer who goes for a walk on a rainy night in Manhattan and comes across a terrified woman and her pursuer on a bridge. He kills the man but the woman, terrified, jumps to her death from the bridge. It’s a great storyline, but full of Americanisms.

What’s your favourite food?
I love Greek food, but my favourite food is good old fish and chips with loads of salt and vinegar!!!!

What’s your favourite film?
Harry Brown. Directed by Daniel Barker and starring Michael Caine. Don’t you just love it when the bad guy finally gets his comeuppance!

What’s your favourite song?
I love JJ Cale, and have collected all of his albums over the years. I don’t have a favourite song as such; as it depends on the mood I’m in at the time.

How can readers find out more information about yourself and your books?
Through my official website: www.mike-foster.me  with links to Goodread, Facebook, YouTube and Amazon of course.
Forums:  Crime Book Club, Crime Fiction Addict, UK Crime Book Club, Durham Writers, to name but a few.